Unification and/or Brexit? Nationalism(s) and the Good Friday Agreement

With Brexit being an ongoing issue for all of the European Union, one of the key issues in the negotiations is how to treat Northern Ireland, which is still divided on Brexit ideologically, even 20 years after the official peace treaty (the Good Friday Agreement), which – at least legally – put an end to armed conflict in the area. This paper will look at how in 2018, the 20th anniversary of the Good Friday Agreement, the two prevalent opposing nationalisms – unionism and republicanism – are represented in a selection of widely-read newspapers in Northern Ireland. Using Spitzmüller and Warnke’s DIMEAN model, the paper will look at how – given the different ideological backgrounds of the newspapers themselves – these publications treat the anniversary and give a voice to the different parties involved (or abstain from doing so) and whether or not they make explicit links to the Brexit negotiations and the question, whether Northern Ireland is to continue as a part of the United Kingdom, the European Union or a separate customs union solution, in order to both keep the terms of the Good Friday Agreement and deal with two broadly different civic realities, brought about by opposing notions of nationalism. 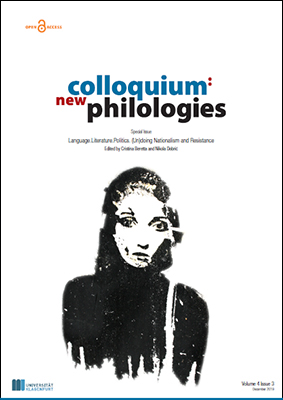