The Influence of Politeness Strategies on Visibility in I, Daniel Blake

In I, Daniel Blake (2016), British filmmaker Ken Loach points to topics of social injustice and inequality in contemporary British society. Loach explores the inadequacies of the British welfare system and the problems of those who are being left behind and blamed for their situation, following what researchers have termed \textit{the ‘underclass’ approach} (Madanipour et al. 2015). The film highlights the welfare system’s dysfunctionalities through the main characters Daniel (Dave Johns), a 59-year old carpenter, having suffered a heart attack, and Katie (Hayley Squires), a single mother of two, who both fall victim to a social system that should support them but instead blames them for their situation.

This paper, then, examines how face work and politeness strategies influence the conversations taking place in the film and how these lead to the characters’ enhanced (in)voluntary (in)visibility. I argue that visibility (Brighenti 2007 and 2010) and face work (Brown and Levinson 1999) interact and produce heightened (in)voluntary visibilities. This is particularly relevant, as visibility has become a major discourse within surveillance and digitisation both thriving on exposure and allegedly omnipresent visibility. In the film, as I argue, this is contrasted against the invisibility and impermeability of the social welfare system and the state.

Ultimately, this paper suggests that bald on-record strategies (Brown and Levinson 1999) are used to expose claimants and keeping face is used as a strategy that strongly characterises scenes that highlight the importance of empathy. 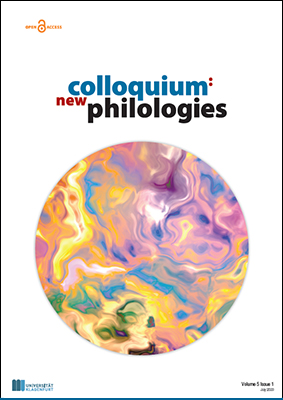