In Erinnerung an Gerda E. Moser

The article examines Heimat as a multilayered signification and affectively invested phenomenon in the context of the related social imaginary. A topologic perspective elucidating the role of topos in the Heimat imaginary is central to this examination deployed around the idea that Heimat is a paratopos, a place nearby, protecting against the Other/s. Although “Heimat” is a German term which cannot be translated easily, something of the phenomenon seems to exist in cultures other than the Germanophone. It is part of philosophical culture, as will be shown with the help of relevant philosophers. Political imaginaries are also often founded by the “Heimat” phenomenon by way of an origin myth narrating the beginnings of a society or community as homeland or home country, patris, sometimes metropolis, patrie, Heimat etc. After a brief look back into the Ancient Greek imaginary of the patris, the article discusses the gender asymmetry in the topology of “Heimat” and what the author calls the screen imaginary of femininity. This section is followed by a group-psychoanalytic consideration of affective ambivalence and the defense mechanism of splitting at work in the collective imaginary of Heimat and nationalism. Last but not least, the article tries to sketch some “transtopic” ways out of these xenophobic and martial aspects of Heimat as constructed “against” the foreigner as the enemy. 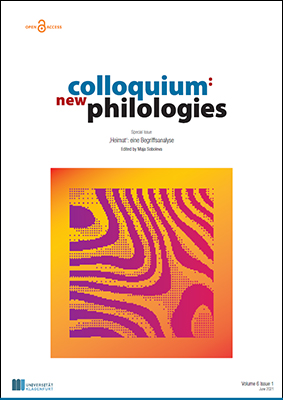