“Trust, but Verify” – The Framing of the Nuclear Conflict between Iran and the West in UK and US media

Historicity is an important concept in people’s self-conceptualization as well as in their conceptualization of the world around them. By knowing what was, we can interpret some of what is as a consequence of past actions and events and thus understand how it came to be and how to react appropriately. For our interpretation of current events in the world, we therefore frequently rely on history “as a source of meaning” (Leudar and Nekvapil 2011, 68). Since we relate to events in the world through mediation, i.e. the media, we accordingly understand world history through the historical context that is provided for us by journalists. In many cases, however, such contextualizations of events appear to foreground proximal – or synchronous (Blommaert 2005, 130) – factors over distal ones, thus restricting interpretation to immediate factors rather than describing them as a consequence of other actions or events in history. Due to global reach of today’s corporate media, such synchronous framing of the news can lead to a certain bias of attitudes (Philo 2004, 201–202), e.g., regarding the nature of conflicts between ‘us’ and ‘them’ to the effect that ‘we’ always appear as acting on logical, justifiable and altruistic grounds, while ‘their’ actions are irrational, unwarranted and self-serving. In this paper, I analyze the framing of the political conflict between Western countries and Iran regarding its nuclear program. I investigate opinion columns from various British and U.S. newspapers in order to explore the nature of the news framing of the issue and whether any distal factors such as Western interventions in Iran and Middle Eastern affairs are taken into account. The analysis will be conducted following the Thematic Analysis approach developed by the Glasgow University Media Group (Philo and Berry 2004/2011), but including also other conceptual categories such as Blommaert’s (2005) notion of synchronicity. 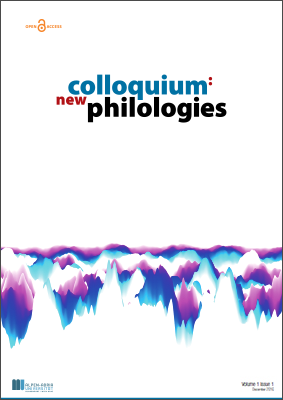